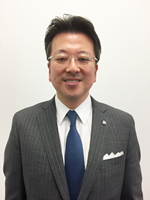 On November 28, 2018, the Government of Japan appointed Dr. Hiroyuki Fujita as the new Honorary Consul of Japan in Cleveland.

Honorary Consul Fujita is founder, president, and CEO of Quality Electrodynamics, a Cleveland-based medical device development, and manufacturing company established in 2006. With his exceptional business expertise he served two terms as the advisor to a former U.S. Secretary of Commerce and currently serves on numerous community service boards and committees, some of which include the Ohio State University, the Cleveland Orchestra, the Cleveland Foundation, the Cleveland Clinic Hillcrest Hospital, Global Cleveland, and the US-Japan Council. Dr. Fujita is an adjunct full professor of physics and radiology at Case Western Reserve University.

Honorary Consuls are appointed to protect the welfare of local Japanese residents and promote cultural exchanges in the region where the Government of Japan has no office established. Expected responsibilities include, but are not limited to, supporting Japanese-American companies and various cultural activities hosted by the Embassy or Consulate General of Japan. The five-year term is from November 28, 2018 through November 27, 2023. (Honorary Consuls do not issue passports or visas, and are not authorized to notarize documents including citizenship certificates, foreign resident certificates, etc.)

Honorary Consul Fujita’s wide range of knowledge and experiences in addition to his deep understanding of Japanese society will be great assets in enhancing the relationship between Japan and the US as well as supporting the local Japanese community. The Consulate General of Japan in Detroit will work closely with Honorary Consul Fujita, to achieve our mission.

(The remaining regions of Ohio are covered by Honorary Consul David W. Cook.)